This weatherboard building with its curving awning over Imlay Street served as home for the ‘Eden Observer’ operated by Les and Coley Sheehey. The paper was printed on an old ‘Wharfdale’ printing press, said to have been formerly used by Louisa Lawson for producing her suggragette newspaper “The Dawn”.

In 1916 the management of the Observer passed into the hands of G.R. Phillips who after 3 years as editor, purchased the business. The building was demolished in the late 1950’s to make way for building the first Eden Fishermen’s Club Rooms. 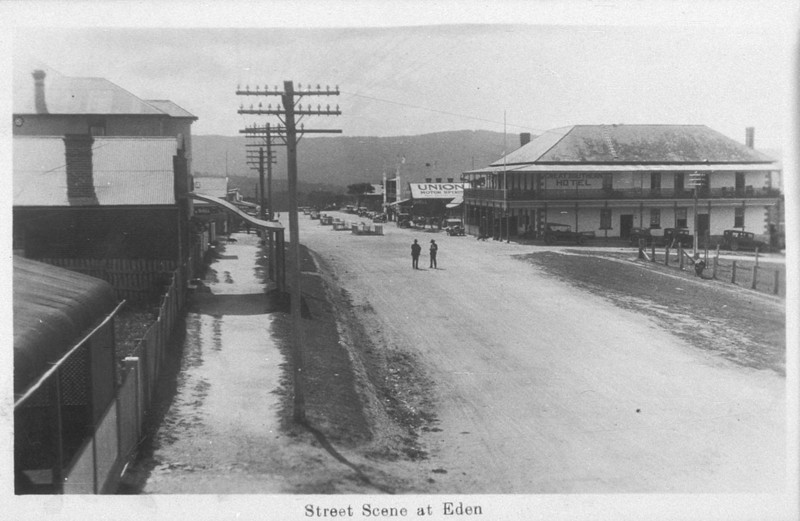